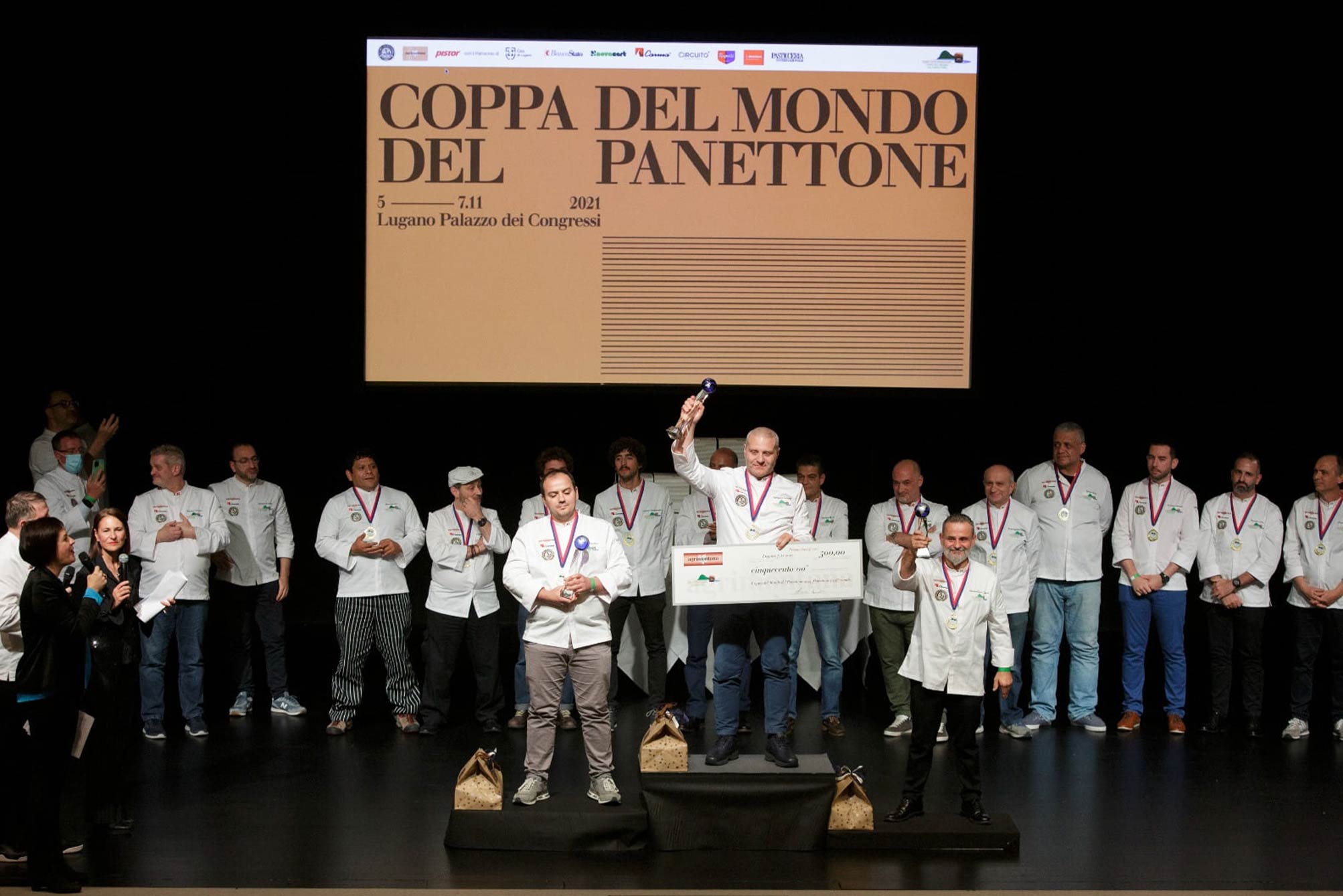 The winners of Panettone World Cup 2021

The Italians Salvatore Tortora, Fiorenzo Ascolese and Massimiliano Lunardi conquered the podium of the event. During the awards ceremony the foundation of the Panettone World Cup Club was also announced.

Panettone World Cup, the international contest that rewards the best leavened products of the Italian Christmas tradition in the world, ended on Sunday 7 November.

The award ceremony took place at the Congress Palace in Lugano, Switzerland, with Novacart as Golden Partner: the first place on the podium was conquered by the pastry chef Salvatore Tortora (Italy), second place by Fiorenzo Ascolese (Italy) and third place by Massimiliano Lunardi (Italy).

During the award ceremony, the 2021 Master of Panettone Award was also awarded in memory of Alfonso Pepe, who contributed to spreading the culture of panettone around the world, collected by his brother.

Finally, the technical committee of the competition announced the founding of the Panettone World Cup Club based in Italy. 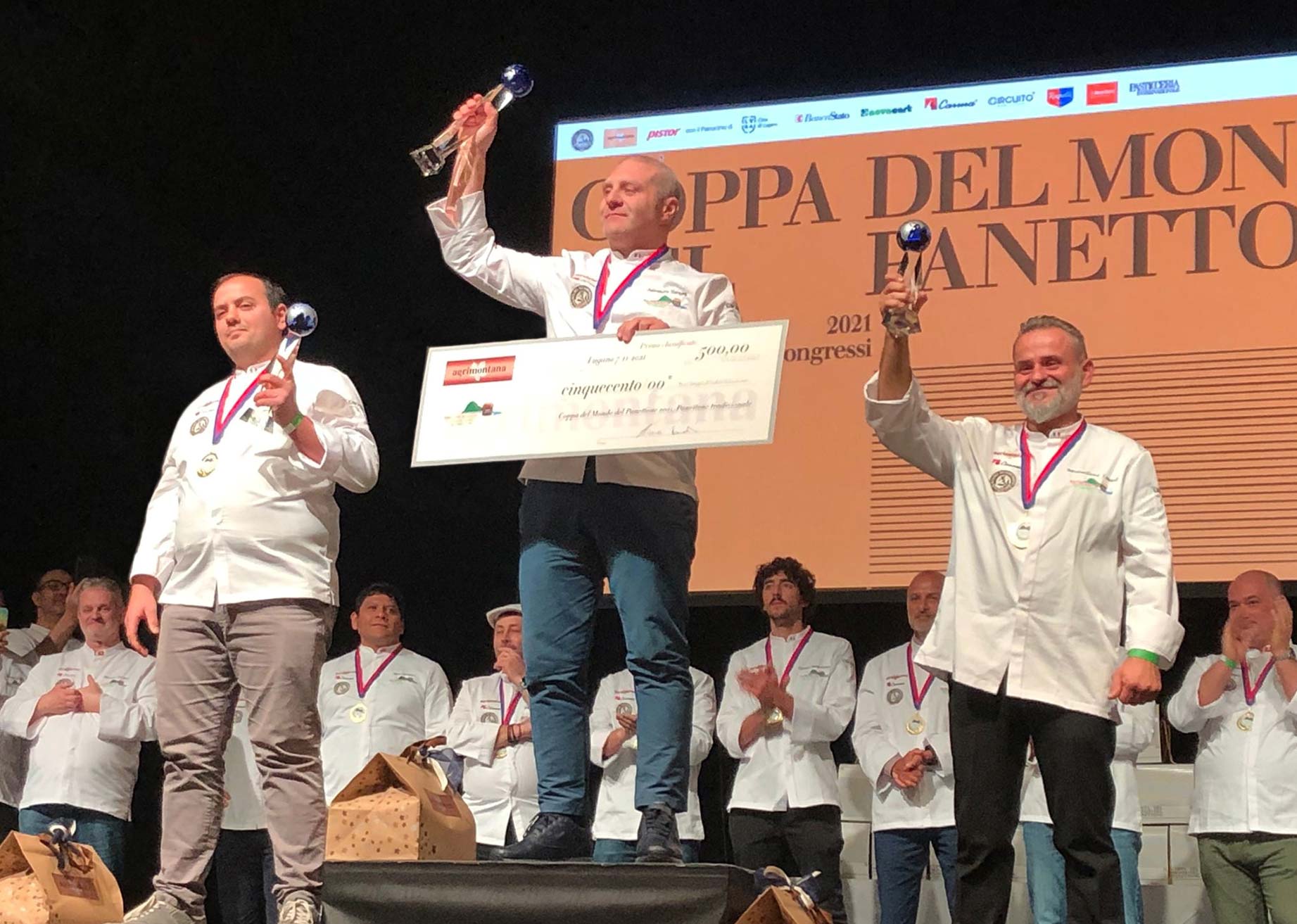 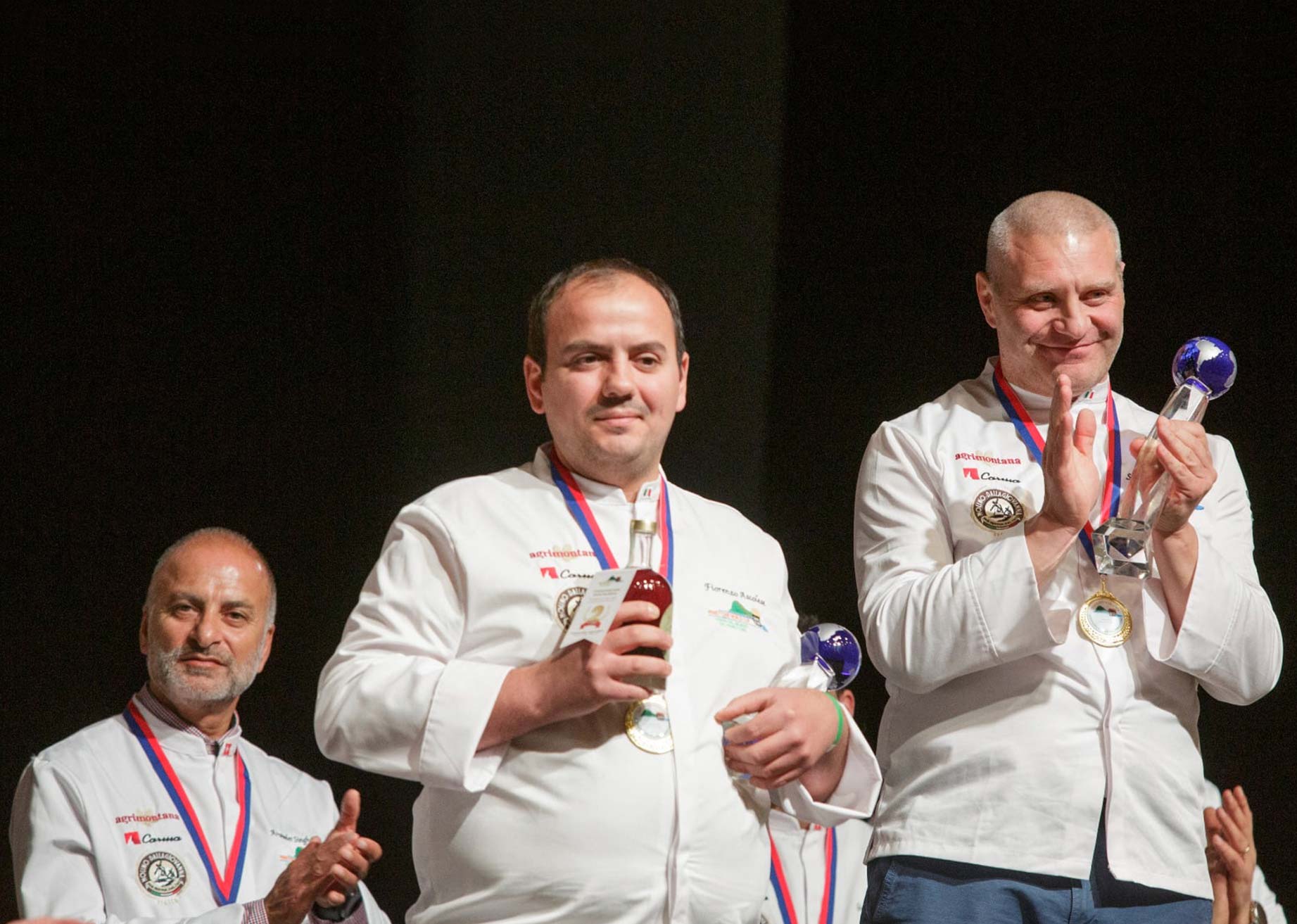 Novacart's support to the event

Novacart, sponsor in the Golden Partner category of the event, provided the contest with panettone paper molds, which allowed participants to bake their creations.

Retour Novacart successfully present at...
Page suivante Panettone World Cup: the final of...
Salon
Respect for your privacy is our priority